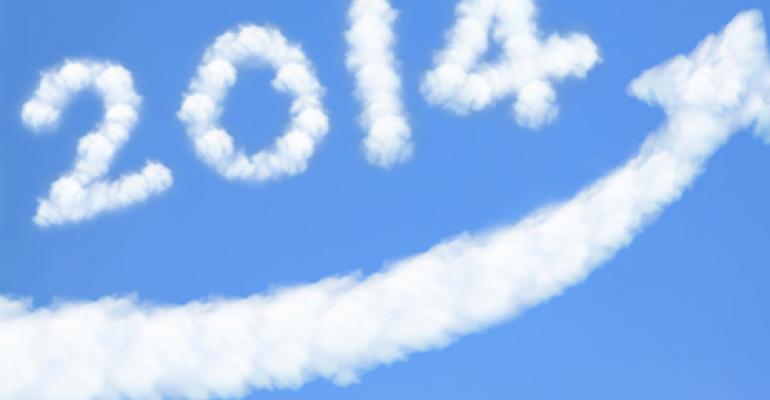 A new report reviewing the first six months of the year paints an optimistic picture of the medtech industry.

2013 was a year when M&A activity, VC funding and regulatory approvals all slipped badly, says a new report on the industry.

2014 so far is telling a different, more uplifting story. That's according to the MedTech Half-Year Review issued by EPVantage, the publishing arm of market research firm Evalutate.

Here are three points from the report that the support the sunny conclusion:

After the first six months of the year, the value of medtech mergers and acquisitions stands at $27.2 billion, compared with $19 billion for all of 2013. The report notes that the value of M&A in 2013 was close to being the lowest in a decade.

And the trend of consolidation will continue with two announced mega-mergers one of which could close by the end of the year, following federal review. That is Medtronic's play for Irish hospital provider Covidien has the eye-popping price tag of $42.9 billion. The deal is expected to close in late 2014 early 2015.

And then there is the pending merger between rivals Zimmer and Biomet. The former announced it is buying the latter for $13.35 billion but that deal won't close in 2014. It is also being reviewed by the Federal Trade Commission, similar to the deal proposed by Medtronic.

The chart below shows that while dollar value of M&A deals have risen sharply, the number of deals done is on a downward trend. VC Money Still Tricky But There Are Exceptions
Getting venture capitalists to part with their cash continues to be challenging but there have been noteworthy successes in venture investing in the past six months.

Proteus Digital Health, the novel medtech company that is developing an ingestible sensor that can be embedded in regular medication to track patient adherence to medication, and which can signal to a wearable patient-worn patch, is the clear winner. The company that won FDA approval for its standalone ingestible pill taken with the regular medication (the one embedded with medication is currently in development) raised $120 million in June. And then a month later added that in a second closing of its Series G round, Proteus raised another $52 million.

But the overall VC investment news climate is a bit mixed. In six months, medtech VC investments stand at $1.9 billion, less than half of the $3.9 billion raised in all of 2013. But second quarter VC investment was up 33% from the first quarter of the year.

Two other top deals of the year, aside from Proteus' gigantic haul are HeartFlow's $104.7 million Series C round and Adaptive Biotechnologies' $100 million Series D round, the report noted.

FDA Moves Faster Than A Speeding Bullet
Last year, FDA approvals of first-time PMAs fell of a cliff, declining 44% compared with the number of PMAs approved in 2012.

In the first six months of the year, FDA approvals of PMAs have been super fast. The agency green lighted 17 PMAs so far compared with only nine in the same time period a year before. The report also noted a data point, though admittedly a "crude metric" that should still sound like sweet music to the ears of industry - the average review time was 18.4 months compared with the average of 35.9 months in all of 2013.

The fastest PMA review went to Medtronic's CoreValve transcatheter aortic valve replacement system, which got approved in 5.8 months. The approval came six months sooner than expected. The slowest PMA review was that of Anika Therapeutics' hyaluronate-based osteoarthritis therapy Monovisc that took four years. Still, it was a victory nonetheless because investors likely had given up hope about it ever getting approved considering that it had been rejected twice previously, the report noted.

As the FDA gears up to implement an expedited review proces as well as begin regulating lab-developed tests, the number of PMA approvals should see a spike, the report noted.