23andMe Set to Go Public Through Merger with VG Acquisition 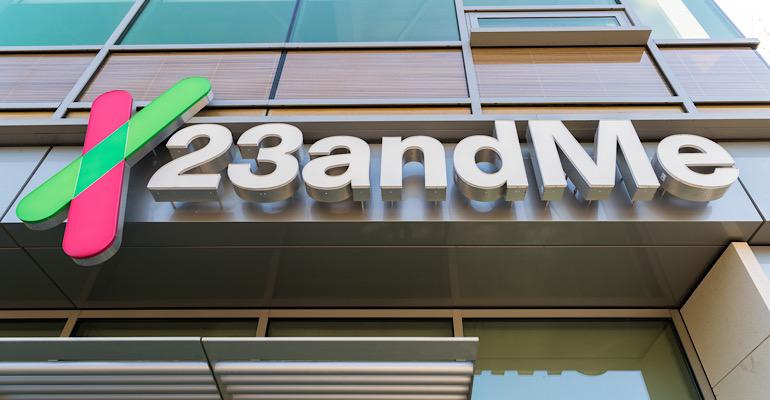 The business combination values Sunnyvale, CA-based 23andMe at an enterprise value of about $3.5 billion.

23andMe is going public. The consumer genetics company is merging with Sir Richard Branson’s special purpose acquisition corporation (SPAC) VG Acquisition, through a combination of stock and cash financing. The business combination values Sunnyvale, CA-based 23andMe at an enterprise value of about $3.5 billion.

The deal is expected to close in 2Q21.

Branson, Founder of the Virgin Group, and Anne Wojcicki, CEO and Co-Founder of 23andMe, are each investing $25 million in the PIPE and are joined by leading institutional investors, including funds managed by Fidelity Management & Research Company LLC, Altimeter Capital, Casdin Capital and Foresite Capital.

“As a fellow industry disruptor as well as early investor in 23andMe, we are thrilled to partner with Sir Richard Branson and VG Acquisition Corp. as we approach the next phase of our business, which will create new opportunities to revolutionize personalized healthcare and medicine," Anne Wojcicki, CEO and Co-Founder of 23andMe said in a release. "We have always believed that healthcare needs to be driven by the consumer, and we have a huge opportunity to help personalize the entire experience at scale, allowing individuals to be more proactive about their health and wellness. Through a genetics-based approach, we fundamentally believe we can transform the continuum of healthcare.”

23andMe has garnered much acclaim in the medtech and diagnostics industry. The firm was one of MDDI’s 2016 Medtech Company of the Year Finalists. In early 2019, 23andMe received FDA clearance for a genetic health risk report on a hereditary colorectal cancer syndrome.