Of 2 Medtronic Acquisitions Announced This Week, Only 1 Is Noteworthy 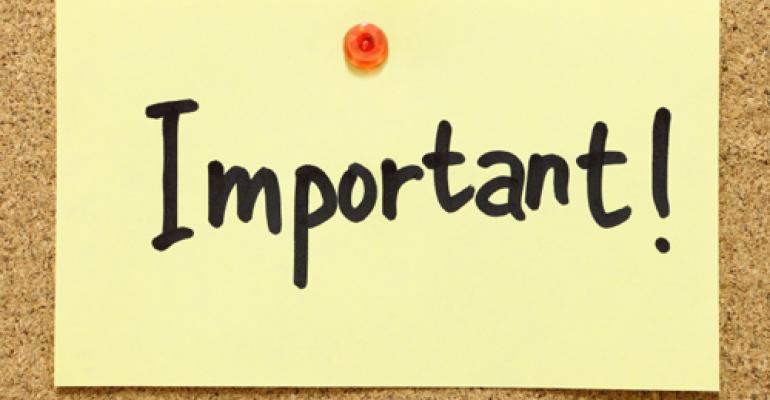 An Italian company that Medtronic acquired this week reveals Medtronic's vision of medtech in the future.

No offense to the Dutch company Medtronic acquired this week, but it's the second acquisition the Minnesota device maker announced a day later that is worth paying attention to.

And it's not just because the second acquisition was more expensive.

On Tuesday, Medtronic announced that it is buying Sapiens Steering Brain Stimulation, a deep brain stimulation firm for about $200 million in cash. The company, based in Eindhoven, the Netherlands, is developing a DBS lead with 40 individual stimulation points. The company will become part of Medtronic's neuromodulation business, and in the future serve as a as a global research and development center for that business. The acquisition is a small, tuck-in acquisition that all large companies make from time to time to give them access to a technology they do not have in their portfolio.

On Wednesday, the medtech giant announced that it has bought its remaining stake - 70% - in Italian firm NGC Medical SpA for $350 million. Previously Medtronic owned 30% of the company based in Tolochenaz, which will now serve as the managed services arm of Medtronic's Hospital Solutions business.

And here's the money quote from the news release that explains why this transaction made sense to Medtronic and how it is seeing the role of medtech firms change in the future.

"I am delighted that NGC will join Medtronic and add to our growing offering to hospitals and health systems," said Rob ten Hoedt, executive vice president and president of Medtronic's EMEAC region. "As we are all acutely aware, current models of delivering healthcare are not sustainable, and Medtronic is intent on finding new ways to partner with physicians, hospital systems, patients, payers and governments around the world to meet their cost and access challenges and to deliver high quality healthcare."

In fact, the news release notes how Medtronic has saved $6 million in just one year to Maastricht University Medical Center in the Netherlands by making the hospital more efficient. Medtronic didn't clearly specify in what ways the hospital became efficient, but more generally the Hospital Solutions Business can help improve patient care and system efficiency through the Medtronic's ability to integrate data, medical technology and services.

A PricewaterhouseCoopers report has previously described the arrangement between European hospitals and Medtronic as "risk sharing for efficiency savings—guaranteed and underwritten—and clinical outcomes.” In other words, as hospitals win by cutting costs through improving care and clinical outcomes, Medtronic shares in the savings. If the hospital fails to achieve cost savings, Medtronic also bears the burden

This is the kind of business model disruption that experts at PwC, L.E.K. Consulting and other firms have been urging medtech companies to engage in. Winning the future will mean more than just technological prowess and innovation.  The fact that Medtronic went from owning 30% of NGC Medical to buying it outright shows that the most prominent medtech firm in the world has realized that's its fortunes are inextricably tied to the financial fate of its hospital customers.

And that makes this purchase significant. It's probably better for healthcare overall as well.