In announcing a global recall of the TAVR valve, Boston Sci said there were three patient deaths related to a flawed delivery system component. 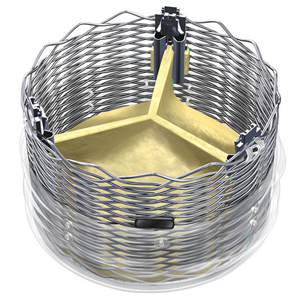 Boston Scientific is recalling any Lotus transcatheter aortic valve replacement systems made before March 2016 that have not been implanted, according to a notice to health providers posted on the website of Germany's Federal Institute for Drugs and Medical Devices.

Affected systems apparently had problems with release mandrel breaks in the valves' delivery systems, the company explained the in the recall notice. The problem often caused health providers to resheath and remove the device, prolonging the implant procedure. But there have also been three deaths caused by catastrophic vessel trauma.

Boston Scientific made a component change in March 2016 to correct the problem, and since then has not had any more reports of implantation problems related to breakages in the release mandrel.

The recall announced this months involves removing all units from the field that were made before March.

"The reported breakage occurred during the delivery of the device (implant procedure), and as such, there are no safety concerns for patients who already have an implanted Lotus Valve," company spokesperson Timette Nevala said via email.

The recall comes about a year and a half after FDA noted a European recall of 278 Lotus valves that had the potential to become unlocked during release from the delivery system. FDA designated the recall as Class I-level.

Boston Scientific describes its Lotus valve as next-generation TAVR technology with a unique design that resembles a Chinese finger trap, even though it is made of nitinol instead of fiber. The design enables the Lotus to be collapsible, elongated, and very flexible, greatly improving control during implantation.

The valve received its CE Mark nearly three years ago. But it remains an investigational device in the United States, where Edwards Lifesciences and Medtronic are the dominant players, as well as Japan.