Is Offshoring a Mistake? Taking a More Granular View of Wage Rates and Production Costs 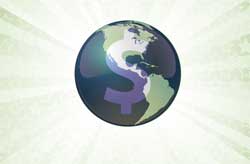 Five years ago, makers of automation for assemblies could rarely make much of a dent in China. Labor was so cheap that no matter how time-consuming a task was for human eyes or hands to do it, automation—no matter how fast—could not compete. In just a few short years, that equation has changed. A good example is the automated inspection systems used for financial card manufacturing throughout the United States and Europe. A market previously inaccessible to makers of such sophisticated inspection technology involving high-end cameras, strobe lights, and very rapid handling systems, i.e. expensive components, now have inroads. That is likely also the reason why leading names in global manufacturing such as Caterpillar and NCR are reported to be coming home. Even hula hoops and Frisbees are reported to be making their way back home!
Why then, are high profile names in the medical device industry rumored or reported to be moving offshore?
I don’t think that it is only a matter of them not reading the news or the “tea leaves” of what is to come. It also suggests that strategic decisions are being made without due consideration to proper weighting of all that contributes to the bottom line.
Worldwide transportation costs have risen and will continue to rise until new energy sources become more plentiful. When will that be? Will it be in time to get the medical devices manufactured into the hands of consumers without significant add-on costs for transport?
And what do materials cost? Nanotechnology is already playing a role in medical device manufacture and every prediction is that nanomaterials will only be more, not less, important to the medical devices of the near and distant future.
This means that thinking about how global distribution systems are evolving or not and how fast or slow various consumer markets for very sophisticated medical technology are growing should be huge factors in strategic business planning for the entire medical device industry.
Most of all-—from the vantage point of a company that works with engineers worldwide and also helps train line workers who operate leak-detection equipment-—the quality of the workforce should never be undervalued. The centuries that developed public schools and public universities (and private institutions as well) in the United States will not be quickly replicated anywhere. That’s not wishful thinking-—that’s fact. Engineers in the United States and worldwide are in short supply—but their training is top rate.
I would ask any strategic planners for medical device companies to drill down a few details and take a close-up look to the more obvious ways to trim fat without moving long-established operations overseas. Six Sigma quality initiatives and lean manufacturing operations are not created overnight nor over the course of a year. New machines and instruments on assembly lines-—in our case we’d think of multi-channel leak detector, as an example—can dramatically cut costs and provide a full return on investment in six months or less for those that take the time to invest in updating technology. To be successful in today’s world economy, top-level strategic planners need to have a very granular vision of their production costs and make sure that lower level managers have incentives to keep a vigilant eye towards methods for updating assembly lines.
—Joe Pustka

Putska is a medical device leak testing technical support manager for Uson, which first developed high accuracy leak testing methods for NASA, and since 1963 has specialized in leak detection, leak testing, and non-destructive testing for the medical device and medical packaging industries, among others.Putska works with medical device companies throughout North and Central America and has worked with Uson in various technical capacities since 1980.
TAGS: Regulatory & Quality
0 comments
Hide comments
Related