7 Reasons to Use Robotics in Assembly and Packaging 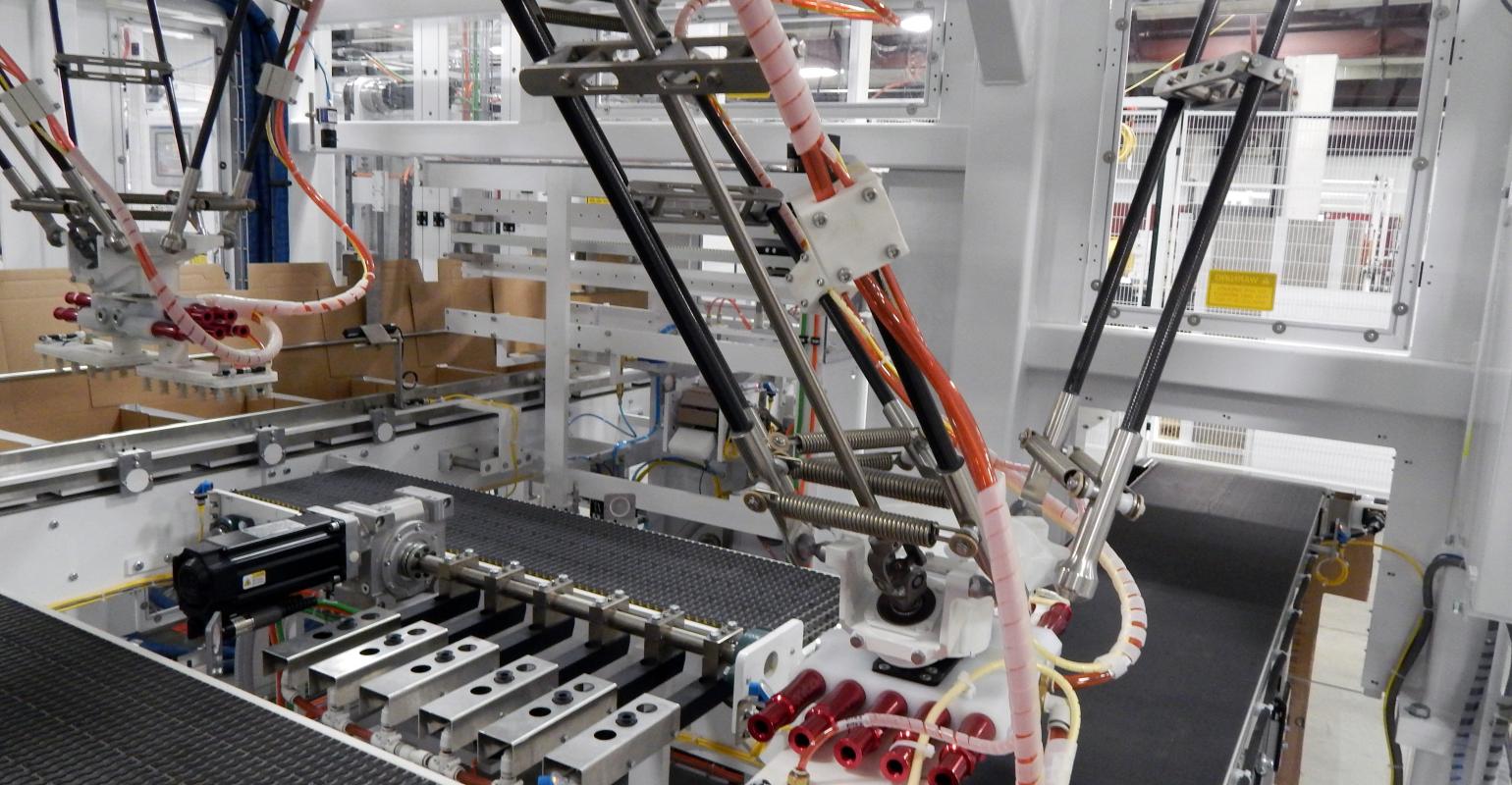 The most recent data available from the International Federation of Robotics (IFR) states that global sales of industrial robots doubled during the five-year period 2013-2017. Sales in 2017 alone increased by more than 30 percent.

According to the IFR, “Robot installations in the United States continued to increase to a new peak in 2017—for the seventh year in a row—and reached 33,192 units. Since 2010, the driver of the growth in all manufacturing industries in the U.S. has been the ongoing trend to automate production in order to strengthen U.S. industries in both domestic and global markets.”

These trends have been mirrored by increasing interest in robotics by the medical device industry. Most often medical device companies, contract manufacturers, and fulfillment operations report they are applying robotics in order to:

Robotics Is a Proven Solution that Still Feels New

Perhaps it’s the linkage of the word robot to science fiction movies and books or the human-like articulation of robotic arms that make robotics still seem like a new technology. The technology, however, isn’t new. “In 1961,” according to www.historyofinformation.com, “the first industrial robot, Animate, created by American inventor George Devol, was put into operation at the General Motors Inland Fisher Guide Plant in Ewing Township, New Jersey. The 4,000-pound robotic arm handled die castings.” Robots are a proven technology.

There are six common types of industrial robots: cylindrical, polar, Cartesian, SCARA, Delta, and articulated. Each offers unique capabilities and comes in a range of sizes and corresponding work envelopes. They can be mixed and matched in an almost unlimited number of ways to solve application needs.

Robotic systems can be deployed in the medical device industry to achieve a number of benefits:

Reason 1: Gain greater overall flexibility in both products and packaging.

For operations with a low mix of high-volume products, hard automation is typically the best solution as production is not slowed down by frequent changeovers.

For flexibility of running a mix of products and packaging at lower volumes, robotics shine. For example, creating various kits with several elements, including literature, is a common medical industry application for robotics. Robots make kits hour after hour without stopping and can verify that each kit contains the correct elements. Articulated robots also handle odd shapes and various product orientations. This is the reason for the growth of robots in the assembly and handling of syringes. Robots are often used in case packing and palletizing where there is frequent changeover and/or lower volume production.

Return on investment (ROI) for hard automation comes through high volume over time. Shorter product and package lifecycles make it difficult to achieve ROI on hard automation in an acceptable period. In those device and packaging categories where change keeps the line fresh and a mix of products are made on the same line, robots provides a cost-effective solution. There is the added benefit of being able to redeploy the robot as needs change. Robots are for the most part task independent.

Manual repetitive tasks, including assembly, case packing, kit making, and palletizing, can be accomplished via robotics with a high degree of productivity and acceptable ROI. Other benefits include assured quality and traceability. The cost of robotics has been dropping so that activities that previously only made sense via manual operations may now be financially justifiable. And, in a tight labor market, robotics gives the organization options. 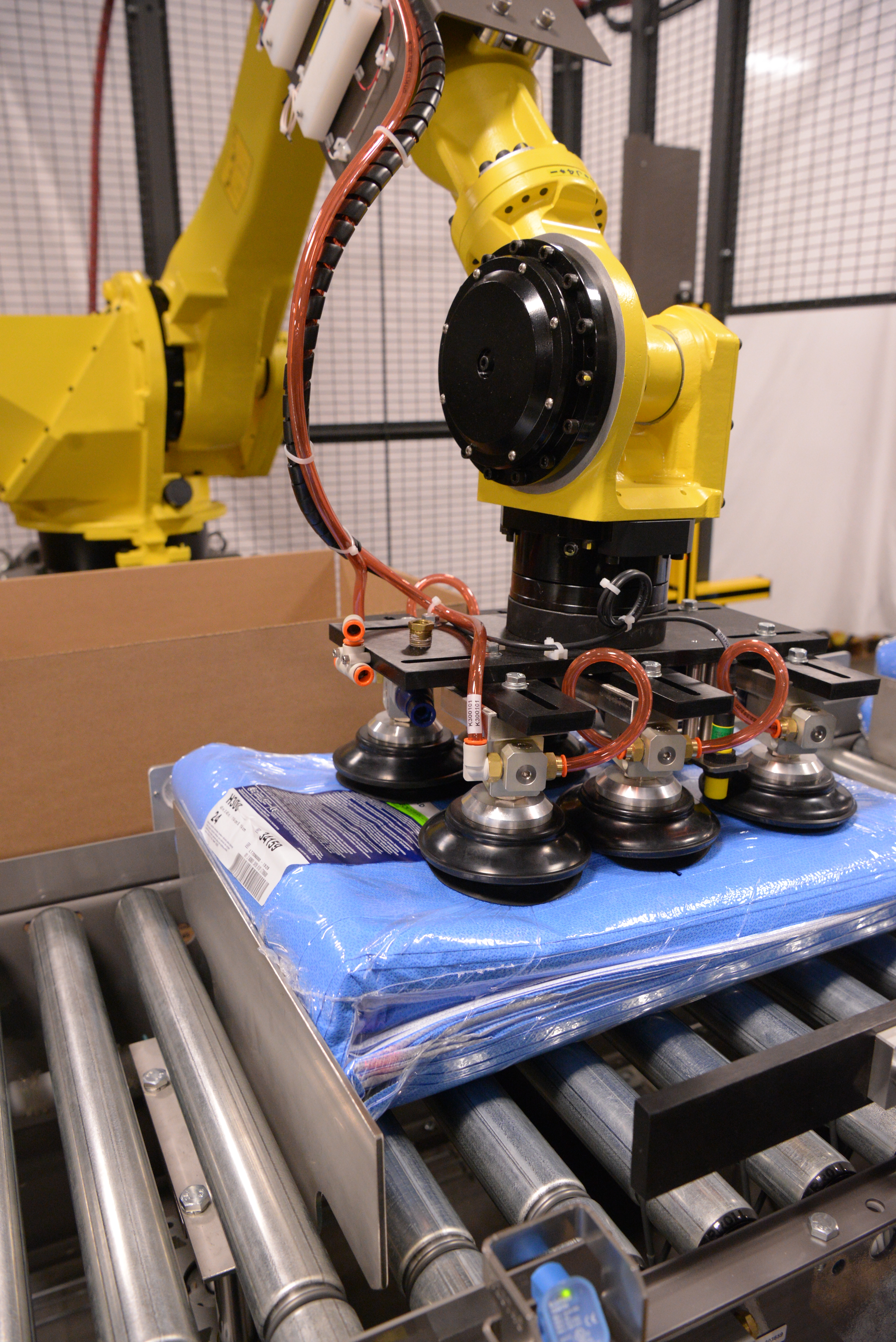 Robots are precise, reliable, and productive. Robots are used in device assembly, device testing, and end-of-line device packaging. Vision systems allow robots to do complex pick-and-place tasks as well as quality assurance. In mixed manual and automated assembly systems, robots and people can work in tandem. For example, a SCARA robot can pick and place parts in assembly operations while compact Cartesian robots can apply adhesive and fasten parts, while skilled personnel handle delicate final assembly. Polar and cylindrical robots are general part handlers, are used in welding applications, and automate processes within a machine tool or die casting operation. Rather than a labor eliminator, robotics can be a labor enabler for higher throughput and quality.

With floor space at a premium, creative original equipment manufacturers (OEMs) and system integrators can engineer small footprint robotic solutions in ways not immediately obvious. For example, robots can be mounted on a rail and move along a narrow space to any number of stations. Robots can be mounted horizontally or be mounted upside down above a work space. Various combinations of the six types can be mixed and matched to create a unique small footprint solution. Robotic cells today are made smaller with new sensing options that can shrink the safety envelope surrounding a robot.

It is possible to put two or more robotic applications in one cell. Instead of a robotic palletizing cell, for example, a new combination could easily be a three-robot cartoning, case packing, and palletizing cell in about the same footprint. Engineering is about problem solving. Robots give industrial engineers options they did not have before.

Traceability can be enhanced through robotics by adding bar code, RFID, or vision technology. The ability to assemble, pick, place, sort, open, close, count, weigh, and record each interaction lowers risk for the medial device company.

Robots allow the operation to quickly and cost effectively scale production up or down simply by adding or redeploying robots. The small work envelopes and many mounting options make it easy to add one or more robots to increase production within the line’s existing footprint. For example, adding Delta robots to a high-speed pick and place line can mean a major jump in throughput. In other applications SCARA or articulated robots can be stationed on the line and used as needed for peak production, giving the operation seasonal or quick response capabilities.

The use of robots in the medical device industry will continue to grow, not only due to the fact this technology is affordable and flexible, but also because robotics can meet many different production needs quickly and creatively.

Here are the most often asked questions prior to a robotics project: 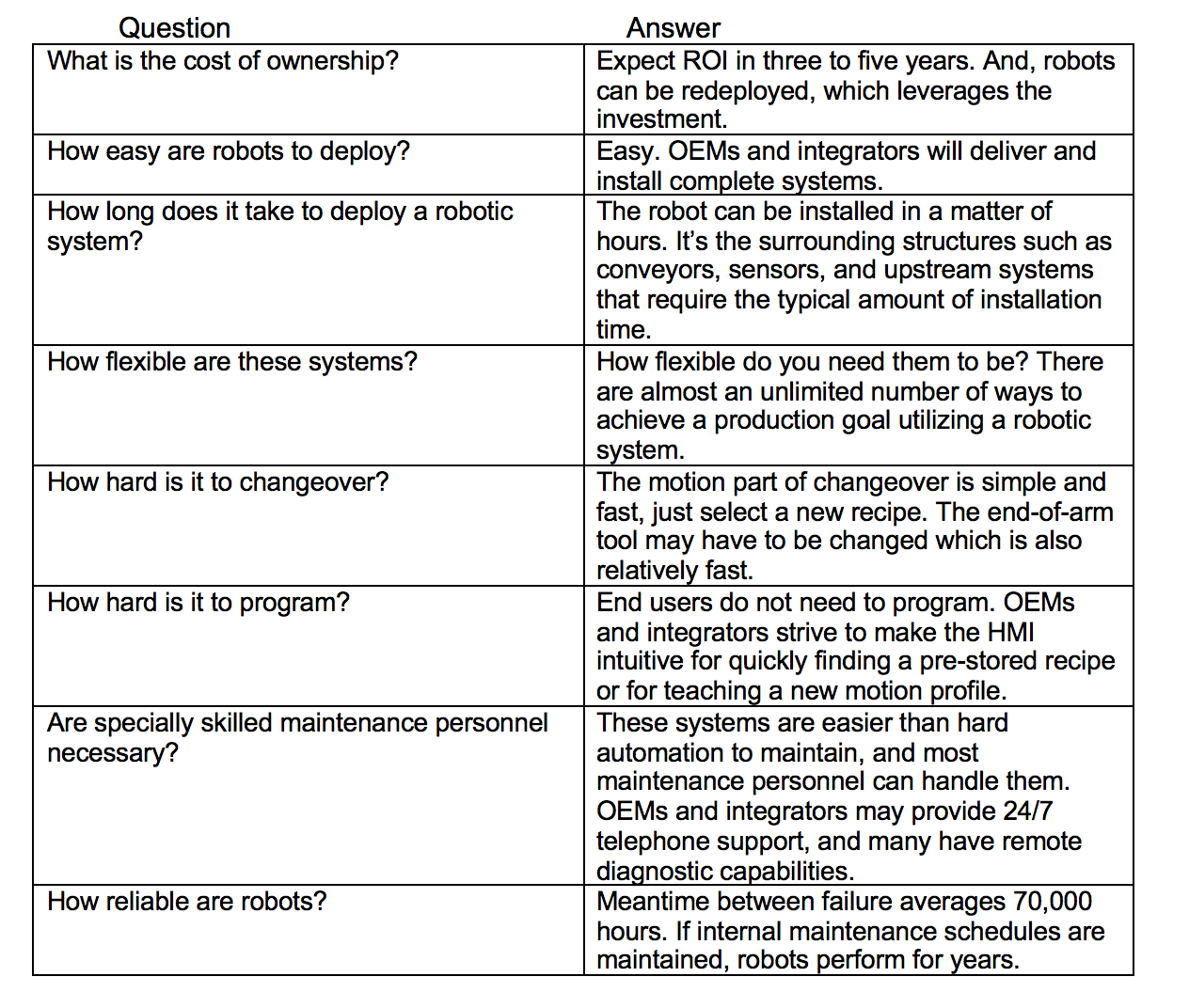 Like 3D Chess These Hospital Robots Ride the Elevators Floor to Floor
Jun 01, 2021