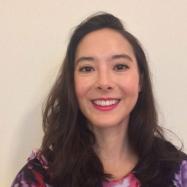 Marie Thibault is the managing editor for Medical Device and Diagnostic Industry and Qmed. Reach her at marie.thibault@ubm.com and on Twitter @MedTechMarie.

More Than $500K in Prizes on the Line for Four Startups
Sep 21, 2017
Learn more about the four medical technology companies that are finalists in this year’s MedTech Innovator $500K Competition. The 2017 winner will be chosen by audience members at The MedTech Conference, an AdvaMed...

Medtronic Issues Voluntary Recall of Certain Insulin Pump Infusion Sets
Sep 13, 2017
Some infusion sets may be vulnerable to a blockage that could cause too much insulin to be delivered to patients with diabetes, putting them at risk of hypoglycemia.

Abbott to Stop Selling Absorb
Sep 12, 2017
After weak sales, Abbott has decided to take its first-generation Absorb Bioresorbable Vascular Scaffold off the market. What’s next for the company’s bioresorbable technology?

Medtech’s Rising Stars of 2017
Sep 08, 2017
We’re celebrating brilliant, budding minds in the medical technology field. These innovators, all under 30 years old, have racked up outsized achievements.