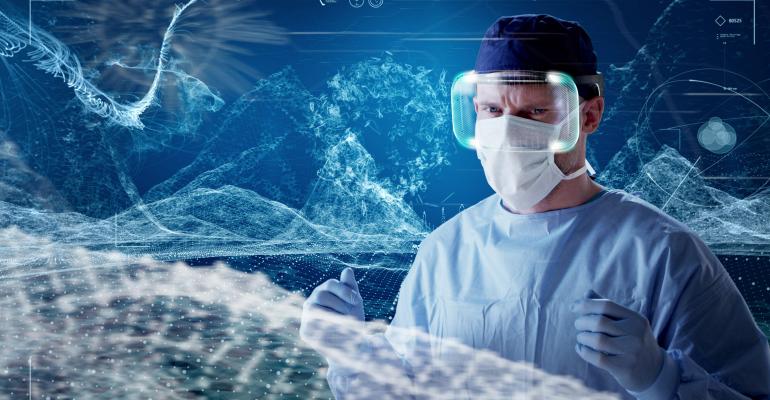 Courtesy of Vicarious Surgical
The Boston-based company has been granted breakthrough device designation from FDA and it has tapped former Verb Surgical CEO Scott Huennekens to be on its board.

A medtech startup is shaking up the surgical robotics space by adding virtual reality to the equation. Vicarious Surgical is developing the technology and has been granted Breakthrough Device Designation from FDA. The firm said it is the first company to receive this designation for a robotically-assisted surgical device.

The Boston-based company’s CEO and co-founder Adam Sachs spoke with MD+DI about the technology on Wednesday, a few hours before speaking at Center Stage during BioMedDevice San Jose.

“It starts with a paradigm shift in human/computer interaction driven by virtual reality,” Sachs told MD+DI. “We have a natural user interface with visual immersion that is so convincing, it makes the surgeon actually feel as if they have been shrunk down and placed inside of their patient. Then we combine this paradigm shift in human/computer interaction with our own proprietary design of miniature robotics.”

“Our robotic system has nine degrees of freedom per arm,” Sachs said. “All of the motion is moved inside the abdomen so that we can create a system that is much smaller, at a much lower cost, and much lighter weight than existing systems. These innovations allow the motion of the robot to mimic the motion of the surgeon’s body.”

To achieve this the company is developing a platform with the potential to combine miniature robots and virtual reality, giving surgeons the ability to work seamlessly inside the body.

In addition to breakthrough designation, Vicarious Surgical appointed Scott Huennekens, Verb Surgical’s former CEO to its board. Huennekens left Verb – a joint venture between Verily Life Sciences and Johnson & Johnson, late last year, according to an article from Forbes. He has also served as President & CEO at Volcano Therapeutics and Digirad Corporation.

“Scott is an incredible business leader who has a tremendous amount of experience in the field,” Sachs said. “It’s been a pleasure working with him as an advisor, a mentor, and now a board member. He really brings a deep understanding to a complex space and a complex market.”

Investors Are Lining up to Back This Digital Surgery Startup
Sep 30, 2021