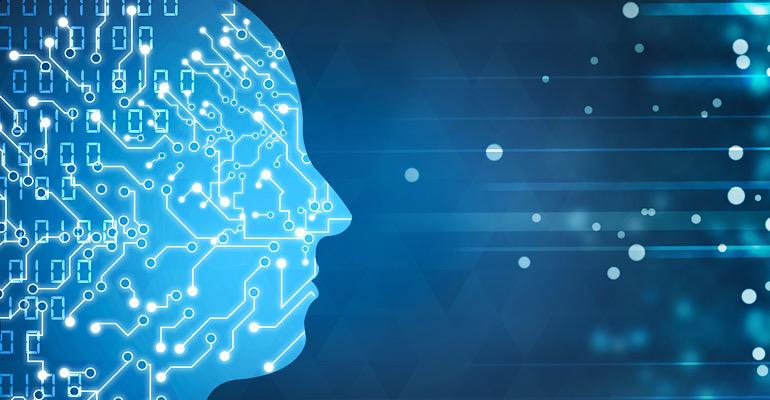 A new study has found that utilizing AI and existing research could improve the potential for developing more effective drugs for a disease that offers few current treatment options.

Living with amyotrophic lateral sclerosis (ALS) can be devastating for a variety of reasons. An incurable disease that typically proves fatal two to five years after diagnosis, according to the ALS Association, symptoms generally appear without warning during mid-adulthood and progress rapidly. Despite the condition being first identified in the late 1800s, there’s currently a limited number of effective treatments available, particularly due to a lack of understanding of disease mechanisms.

To date, FDA has approved only four drugs for the treatment of ALS, including just one drug, Riluzole, that has actually been found to prolong the survival of ALS patients.1

Today’s advanced technology and informatics are offering a new sense of hope, however, for determining potential ALS disease-causing pathways and therefore offering better drug candidates for the estimated 12,000 to 15,000 people in the U.S. and 700,000 people worldwide who have been diagnosed with the condition. New research reportedly indicates that future development of more effective therapeutics could be more quickly attainable with the assistance of bioinformatics techniques, deep learning, and artificial intelligence (AI).

According to researchers with Insilico Medicine, a biotechnology company based in Pak Shek Kok, Hong Kong, that invents and deploys AI solutions to the pharmaceutical and biotechnology industries to aid research and development efforts, multiple previously unreported therapeutic targets for ALS have been discovered for potential consideration through the company’s proprietary AI-driven target discovery engine PandaOmics.

Potential therapeutic targets for ALS were selected based on their ranking calculated by PandaOmics, consistency of the dysregulated expression across different comparisons, druggability, safety assessment, and clinical trial status.1 The ALS algorithm also allows the prioritization of protein targets for novelty, confidence, commercial tractability, safety, and other key properties that drive target selection decisions.

By collecting data from literature-based databases, PandaOmics seeks to predict the disease's attention trend around the world in recent years. Feedback on the safety and efficacy of proposed drugs are also collected from ALS patients and KOLs for further target validation.
A collaborative study conducted by Insilico and Answer ALS, as well as support from institutions such as Johns Hopkins University School of Medicine, Massachusetts General Hospital, Harvard Medical School, Mayo Clinic, and other organizations, reviewed large datasets that revealed genes relevant to ALS and analyzed expression profiles of central nervous system samples and direct induced pluripotent stem cell-derived motor neurons.

The study produced 17 high-confidence and 11 novel therapeutic targets from the central nervous system (CNS) and diMN samples. These targets were further validated by mimicking the most common genetic cause of ALS, of which 18 targets (64%) have been validated to have initiated suppression that moderately or strongly rescued neurodegeneration.

“It is exciting to see the power of AI to help understand ALS biology,” said Merit Cudkowicz, MD, corresponding author of the ALS study and chief of neurology and director of the Healey & AMG Center for ALS at Mass General Hospital and Harvard Medical School.

Described by Insilico officials as a unique, user-friendly interface that requires no prior knowledge of computational biology, PandaOmics reportedly offers several advantages related to user experience, database complexity, algorithms, and validation approach. Detailed instructions guide users through each step of discovery and the platform yields a ranking of targets based on the selection of different custom and pre-processed datasets. A multi-layer validation procedure is included to estimate each model's performance in respect of the type of experimental data, protein family, disease area, and ability to suggest novel targets.

“The results of this collaborative research effort show what is possible when we bring together human expertise with AI tools to discover new targets for diseases where there is a high unmet need,” said Alex Zhavoronkov, PhD, founder and CEO of Insilico Medicine.  “This is only the beginning.”

According to Zhavoronkov, the keys to effective target discovery are the balance between novelty, confidence, and commercial tractability. While there are not any validated targets for ALS that directly induce a curative response, there are many clues in the existing literature that suggest certain pathways and targets might be more implicated in the disease than others.
“We looked at a man-made mass of text databases where we have several distinct AI scores that look at what has been done before in that particular space and which targets are likely to work based on the literature projections,” Zhavoronkov explained. “But we wanted to prioritize novelty in this particular exercise. And when you’re looking for novelty, you’re relying more on biological data and specific Omics data. We generated models to answer the question, ‘Which targets are more implicated in ALS?’ We are looking at healthy patients and patients with disease and comparing them in many different ways using multiple AIs to understand which genes are more implicated in ALS, as well as which ones are causal and which ones can be targeted with drugs that can penetrate the brain. That’s where we get the novelty. Then we combine that with text-based scores and prioritize novelty and confidence.”

Zhavoronkov said the ALS-based research and AI could also be a pathway to developing specific programs for other disease states.

“We are very focused on the convergence of AI for drug discovery and aging research,” he said. We as humans change in time, and after reaching our peak we begin to lose function and die regardless of the diseases we get. So, we try to teach AI to recognize those minute changes in time, establish causality, and then establish those minute changes that trigger the shift from normal aging into disease.”

Using AI to Determine the Origins of Alzheimer’s Disease
Sep 21, 2022