Are Surgical Robots the Future or Just a Fad?

Surgical robotics systems stole the show at this year's annual meeting of the American Academy of Orthopaedic Surgeons, but analysts are struggling to assess what the rate of adoption and peak penetration will be for these robots. 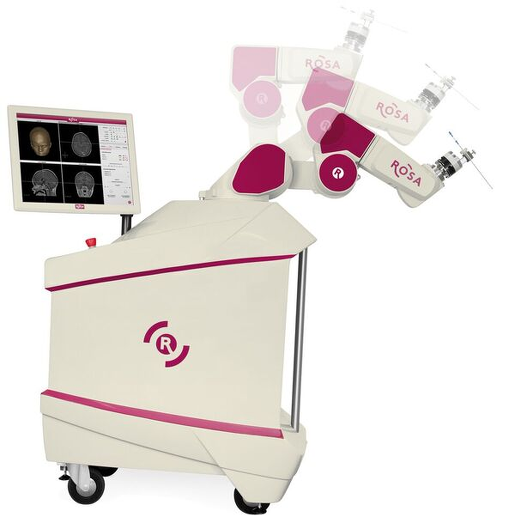 All the hype surrounding robotics begs the question, do these robots represent the future standard of care in orthopedics, or are they just a fad?

"We think robotics are real and here to stay," said Mike Matson, an analyst with Needham & Co. "But the tougher question is, just how big will it get?"

Matson said he does not expect robotics to break out of its niche and become the standard of care. He also predicted that adoption of surgical robots could be slower than some investors are anticipating.

"Has robotics addressed the difficulties of navigation (ease of use, learning curve, added time, etc)? We're not convinced that it has, at least in its current form," Matson said.

On the other hand, Matson said patients seem to have an easier time grasping the concept of robotics than navigation, which should make consumer marketing more effective. Still, he added, "we're not sure that this is enough to make robotics the standard of care."

Another adoption hurdle in robotics, according to Matson, is that clinical data is "sorely lacking." He acknowledged that part of that problem is that data is needed to sell robots while robots are needed to generate data. But he said it is surprising that companies like Stryker don't have prospective total knee trials underway or even planned, as far as he is aware.

Canaccord Genuity's Kyle Rose also commented on the value proposition of robotic surgery in the total joint space, noting that near-term clinical data for total knees is at least two or more years out. Although he also pointed out that the technology is a natural extension of the broader industry shift toward improving fit, accuracy, and alignment during implantation.

"That said, each of these benefits is currently being provided via alternative technologies like custom cutting guides, soft tissue balancing aids, and navigation," Rose said. "And it remains to be seen whether the incremental benefit of a robotic platform is capable of offsetting the two primary hurdles to previous technology adoption: increased cost and complexity."

Increased costs, as well as who incurs those costs, can vary by technology, Rose said. Additional CT/MRI imaging for pre-planning and navigation/robotics/PSI are typically paid for by the patient or their insurance provider, he said, while custom cutting guides and instruments are paid for by the hospital and/or absorbed by the manufacturer, and the hospital will shoulder the upfront capital investments for the navigation/robotic systems.

One thing analsyts do seem fairly confident about is that all major orthopedics companies will eventually offer some type of robotic system.

"The fast followers have an advantage of learning from the mistakes of the pioneers," Matson said, using Globus Medical as an example  because it commercialized its Excelsius robot much faster than Mazor did.