Are Robotics Still The Future of Medicine?

While robots have been hailed as a promising technology for the medical device industry for decades, their role is still uncertain. We weigh the pros and cons of robotics in medicine.

Perhaps the most prominent example of robotics used in clinical care is Intuitive Surgical's da Vinci, which is a promise and perils of robots in medicine. While the roughly $2-million robot can offer superhuman dexterity, it has also been linked to a "nonnegligible number of technical difficulties and complications," to cite a report titled "Adverse Events in Robotic Surgery: A Retrospective Study of 14 Years of  FDA Data."

To cite but another example, the Sedasys automated sedation system from Johnson & Johnson made headlines last year for its potential to make anesthesiologists obsolete for some colonoscopies. The company is now pulling the device from the market owing to sluggish sales.

Still, robotics have enormous potential in medicine. And from soft robotics that can redefine minimally invasive surgeries, to interactive humanoid robots that are learning to interact safely and efficiently with humans -- robotic technologies are slowly leaving the pages of science fiction and making their way into the world around us.

And as any science fiction fan will tell you, robotic technologies are a staple of the genre -- a real barometer of progress and innovation. So we can only assume that future has finally arrived once robots are cleaning our houses and performing surgery unattended, right? But is the latter plausible, or even ideal? We decided to examine some of the pros and cons of robotic technologies in medicine, and whether or not their impact will be as welcomed and profound as we once envisioned.

Renowned venture capitalist and futurist Vinod Khosla (pictured) says that in the future algorithms and robotic technologies have the potential to assume the diagnostic, prescription, and patient monitoring duties of physicians in a clinical setting. These functions account for roughly 80 percent of what doctors currently do on a given day, freeing them up for other, more pressing tasks.

Khosla says the remaining 20 percent of physicians work will be amplified, enabling them to focus on more practical approaches to patient care -- essentially letting each doctor and nurse to be more of a specialist to each patient and less concerned with menial tasks like entering data into EMRs.

In 2014, studies showed that robotic surgeries not only cost significantly more but actually resulted in more complications than those performed by human doctors. There's also the added clinical costs of training and maintenance for robotic technologies, all of which can lead to added cost for the patient.

Then there's the issue of a crowded operating room. Many robotic systems are enormously bulky and require a sundry of instruments and tools, many of which are not compatible with standard surgical instruments and tools used by human surgeons. For delicate and precise surgeries, stabilizers are often required, which can further limit the space in the operating room as well. In time, the belief is that as robotic technologies enhance, they will shrink, hopefully alleviating some of these issues. Researchers at Brigham Young University are currently working on making origami-inspired surgical tools that can fit into incisions that are so small that they don't need stitches to close.

Johnson & Johnson and Google are working on developing next-gen surgical robotics that are also available at a lower price point. The details of that venture, however, are scarce. 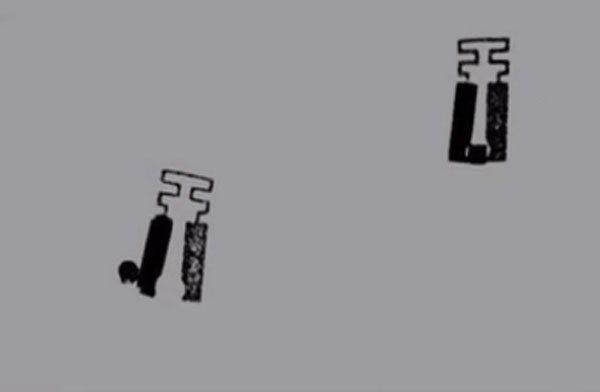 The list of potential applications for robotic technologies in medicine remains as impressive as it is long. From open-source prosthetic technologies that can feel and interact with objects to microscopic robots called microbots (such as these pictured above developed at Pittsburgh's Carnegie Mellon University) that perform specific tasks inside the body -- robotics carry a lot of potential for the future of medicine. They can perform tasks with more efficiency, and provide doctors with unprecedented access to the human body. One can only assume these attributes will continue to grow as robotic technologies advance with time.

One of the first signs of the robot apocalypse, according to some, is the steady job take over. First the blue collar jobs, then in increasing numbers, the highly trained and more specialized professions.

In response to such fears, we've already begun to see some pushback from the humans, as robotic technologies in medicine face rejection from their human counterparts. Just last week Johnson and Johnson stopped selling Sedasys, a robotic technology that administered anesthesia to patients under the operation of a nurse or clinician.

The Washington Post noted that the American Society of Anesthesiologists campaigned against Sedasys long before it was ever released to the market -- resulting in the technology eventually being reduced to a machine that performed only routine procedures like colonoscopies.

5. Pro: Automating The System of Healthcare

Robotic technologies won't just be limited to the arms that make surgical incisions -- they're also the minds that can research, categorize, and streamline data on a united platform. Last year, Khosla described a future where robotic technologies can provide a significant volume of data on each patient, as well as evaluating patients at a metabolic level.

Millions of data points may go into monitoring and diagnosing patient symptoms and therapy progression, providing patient care that goes far beyond the capabilities of any human physician or nurse.

Perhaps the most significant takeaway is that the role in human beings in healthcare will not necessarily diminish in healthcare, but only change. Ideally, as robotic technologies progress, we will develop a system that leverages the best that humans have to offer with the enhanced capabilities of robotic technologies to serve patients in new. At least, that's the promise for now. We can count on highly-trained professionals to fight back against the growing role of role of robots in healthcare, but the robots are indeed coming.