Would You Use Unique Shape Changing Materials to Improve Your 3D Parts? 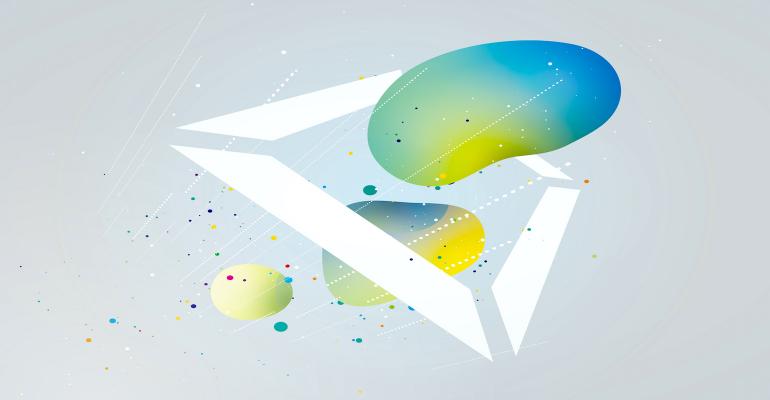 Researchers used a process of applying heat to change the shape of 3D printed materials.

Researchers said that new 3D-printing gels that change shape according to heat and moisture could change the way complex objects with different mechanical parts are fabricated using additive manufacturing (AM).

A team in the Ke Functional Materials Group at Dartmouth University developed a process that uses heat to change the arrangement of molecular rings on a chemical chain to create the gels, which can fold, roll, or just hold their shape, researchers said.

“This new method uses heat to produce and control 3D inks with varieties of properties,” said Chenfeng Ke, an assistant professor of chemistry and the leader of the group that produced the study. “It’s a process that could make the 3D printing of complex objects easier and less expensive.”

Calling the process kinetic trapping, Ke’s team applied molecular stoppers in the material akin to speed bumps in a road that regulate, at a chemical level, the number of rings going onto a polymer chain. These stoppers also control ring distributions, so when the rings are bunched up, they store kinetic energy that can be released—similar to the releasing of a compressed spring, researchers said.

Currently, to 3D-print complex objects that have parts with different mechanical strengths requires the use of multiple inks and more complex and costly printing processes, researchers said.

This is because most inks used in 3D printing are of a uniform molecular composition, which means they can only print an object with one property--such as, for example, one desired stiffness or elasticity, they said.

To print an object with more than one property, then, requires preparing different inks that must be engineered to work together for the desired result, researchers said.

Specifically, the team used cyclodextrin and polyethylene glycolas—two substances commonly used as food additives and stool softeners—as the molecular speed bumps to change the spatial programming of the resulting printing gels, said in an abstract for a paper on the work published in the journal Chem.

“By installing stopper or speed bump moieties on the polymer axles, meta-stable polypseudorotaxanes with segmented cyclodextrin blocks were hierarchically amplified into crystalline networks of different crosslinking densities at mesoscale and viscoelastic hydrogels with 3D-printability in bulk,” researchers wrote. “We demonstrated simultaneous 3D-printing of two polypseudorotaxane networks from one reactive ensemble and their conversion to heterogeneous polyrotaxane monoliths.”

The end result is the creation of 3D-printed objects that become actuators that respond to moisture to change shape, with the ink using temperature to create complex shapes that change at different moisture levels, researchers said.

To demonstrate the work, researchers printed an object in the shape of a flower using the ink produced by the molecular process; a video on YouTube shows the experiment.

“The different parts of this object come from the same printing ink,” Ke explained. “They have similar chemical compositions but different numbers of molecular rings and distributions. These differences give the product drastically different mechanical strengths and cause them to respond to moisture differently.”

Applications for the work include the printing of fast-responsive actuators and soft robots using sustainable energy sources, such as variation in humidity, researchers said. The resulting printed objects could be used for medical devices or in industrial processes, they added.