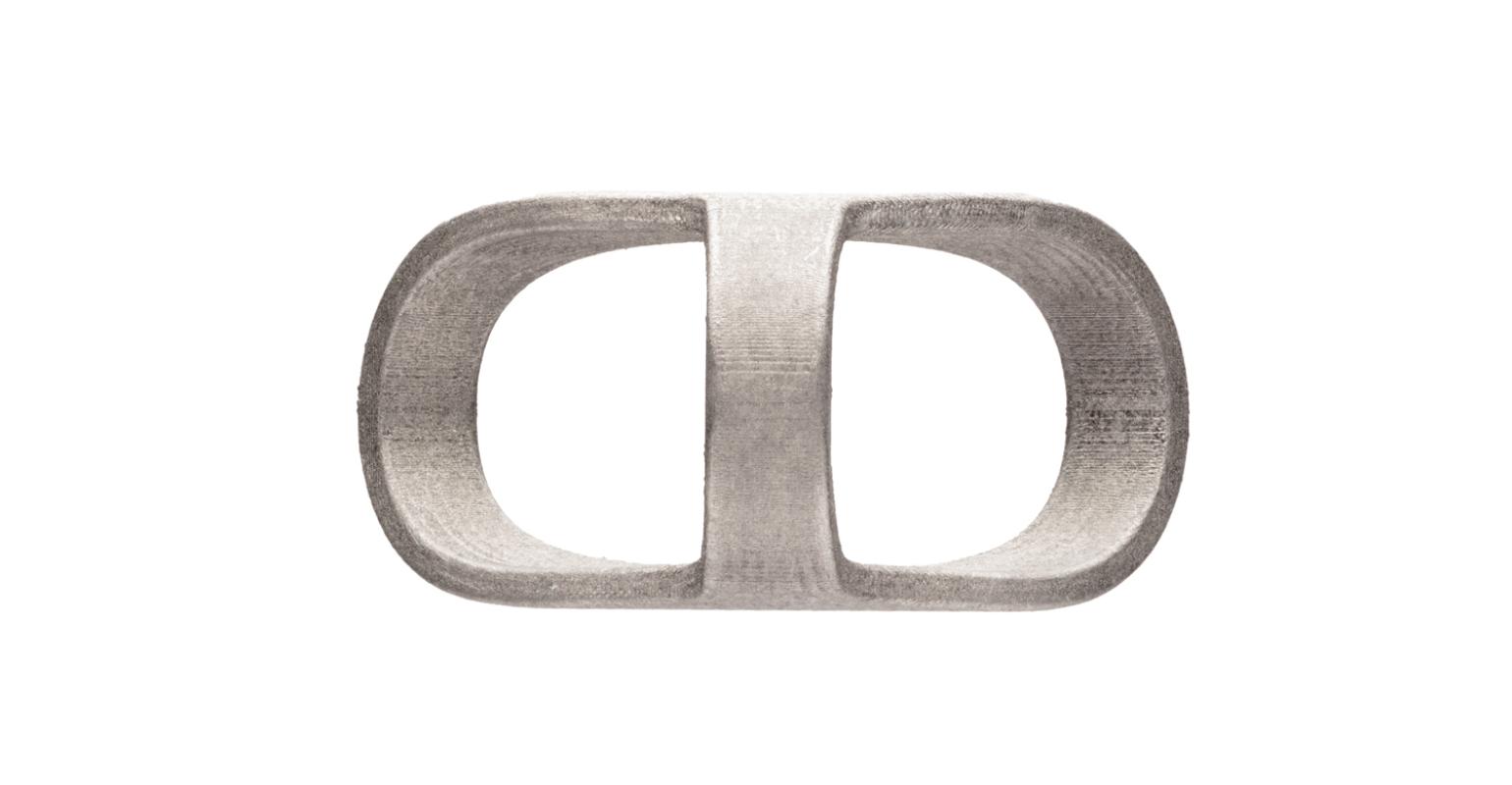 Desktop Metal was originally founded around the idea of “democratizing the art of metal 3D printing,” Jonah Myerberg, CTO, told MD+DI. To do so, the company has devised two different types of platforms—a desktop system and a production system. “We are seeing two different models in 3D printing that will continue to grow,” he explains. “A print-and-consume-yourself model, and a print-for-someone-else one.”

The company offers an alternative to using laser-based metal 3D printing. “Traditional metal 3D printing uses lasers to melt metal in order to form parts,” Myerberg explained. “Materials need to be weldable, but not all materials are, so they haven’t been printable.

“This steered us to bulk sintering, which uniformly raises the temperature of a part in a furnace, debinding it first and then fully densifying it into solid metal,” he continued. Bulk sintering may enable the use of materials that aren’t weldable, he said.

Parts can be printed from the same materials used in traditional manufacturing, such as 316L stainless steel. “Material science is our core competency,” Myerberg said, adding that two of the other cofounders are materials experts from MIT: Chris Schuh, head of the Material Science Dept at MIT, and Yet-Ming Chiang, MIT professor and one of the world’s top materials scientists. “We’ve developed new materials such as super-hard stainless steels, printable nickel super alloys, and printable precious metals,” he said.

In March, Desktop expanded its production of the Studio System, the desktop 3D printing system launched in 2017 that includes a printer, a debinder (aka wash tank), and a furnace. Suited for low volumes, “it’s meant for the office environment,” Myerberg said. “It’s surprising to engineers that you don’t need major infrastructure changes. This type of printer is normally not located outside a lab. We've simplified it significantly—just wheel it in, put it on a desk, and print.”

The company is constantly improving the technology, Myerberg said. “One request we’ve gotten was for higher-resolution prints,” he said. “The Studio System+ triples the resolution for smaller, more-detailed parts.”

Regarding its systems for mass production, Desktop Metal delivered a production system to its first customer, a Fortune 500 company, who is currently using it to print their own parts. “This is where you lower cost—at the factory level,” he said. The Production System produces parts at higher rates and throughputs than the Studio System, and each part could be different. “It is just as flexible as the Studio System, but it does consume a lot of metal and requires a lot of infrastructure,” he added. 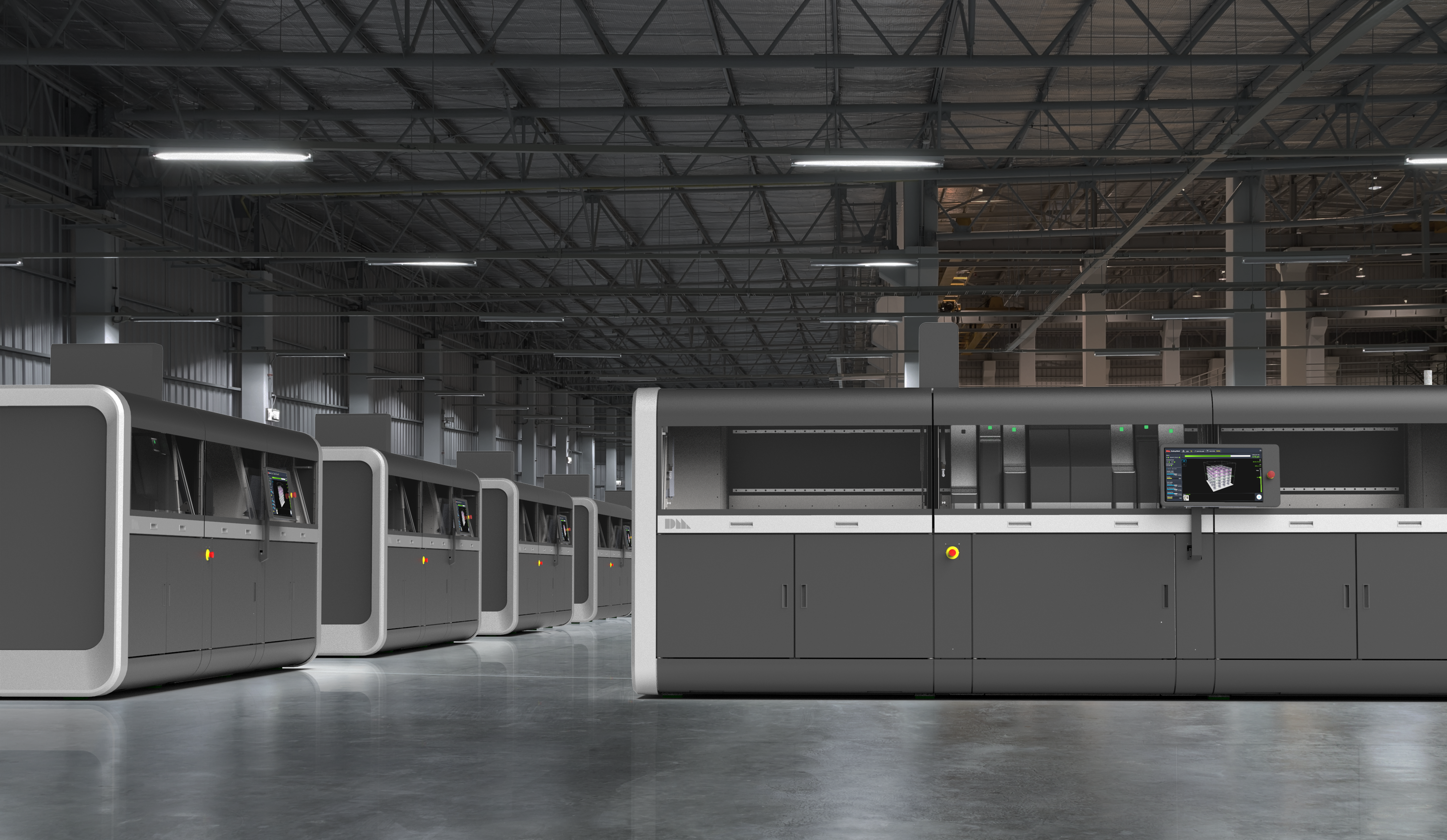 Above: Production Systems from Desktop Metal

There are two main reasons medical device companies consider metal 3D printing, Myerberg said. The first is “variety, or customization, so as to change a device to fit an individual need,” he said. The other is an “opportunity to optimize the way they produce their current tools,” he said. “Raw materials are expensive, and machining wastes a lot of material—so you often cast or forge a rough part first, but the tooling for these rough parts is expensive and time consuming. Instead, with 3D printing you can produce a near-net shape right from the printer without a need for expensive tooling.”

Ultra Machining Company (UMC) has been working with Desktop Metal for a little over a year. Corey Fouquette, director of technical operations for UMC, told MD+DI that the company is testing to determine what kinds of geometries it can print and where it sees the most benefit for our customers. “At this time we are targeting using our 3D printer for fixture building and part replication for proving out processes,” he said. “I think the biggest gain will be reduced lead time on complex fixtures.”

Interestingly, Desktop Metal initially set out to work outside the medical device industry, but soon found its approach could also be put to good use for medical devices. “The medical and aerospace industries have been well served by metal 3D printing,” Myerberg explained. “It’s not new to these industries, so we approached others first. We were then approached by these established markets because we could reduce the cost of their product components, and that’s attractive to everyone.”

He described an opportunity that arose from working with a hospital in Boston. “It can be cost-prohibitive to print a splint for a child,” he said. “We were able to print it in our lab.

“We can design appropriate geometry for individual patients,” he continued. “It no longer has to be size small, medium, or large. The part can be based instead on data from CT scans.”

Myerberg expects a slow and controlled ramp up into medical. “We can bring 3D printing in-house like never before and make it accessible and convenient.” The medical industry is already “well-served by laser-based systems,” he admits, “so it won’t be quick to move.” However, 3D printing in general in medical is taking off rapidly, particularly with spinal implants. “They are patient-specific, and you can put metal wherever you want it, producing gradient structures of porous metalthat turn into dense metal. The bone grows into the porous metal.

“The idea of digital manufacturing is so powerful and will reinvent the way we manufacture metal parts,” he added. “You can create new geometries and customize for patients. And if all manufacturing is digital, you can transfer [files] over the Internet, making any geometry or device accessible anywhere in the world.”

Such manufacturing brings Industry 4.0 to medtech. “Additive manufacturing sits at the intersection of [the] physical and digital. Never before have we been able to move our digital designs into physical products so quickly and effectively.”

Fouquette of UMC believes that “the day is not too far away when a patient will go in for a pre operation visit, get measured, and their new implant would be printed to custom fit their body," he said. "As far as the process steps for this, I believe there is room for medical manufacturers and hospitals to work very closely perhaps in the same building where the medical device can go from being manufactured to implanted in the patient in days.”

And when asked whether personalized medical devices could be produced and delivered as economically as off-the-shelf devices, Fouquette said that “personalized medical devices will most definitely be a reality in the future. As far as being produced as economically as off-the-shelf devices, I think that will depend on the complexity of the device.”

Disruptive Innovations in Nasal Swab Design and Manufacture
May 11, 2021