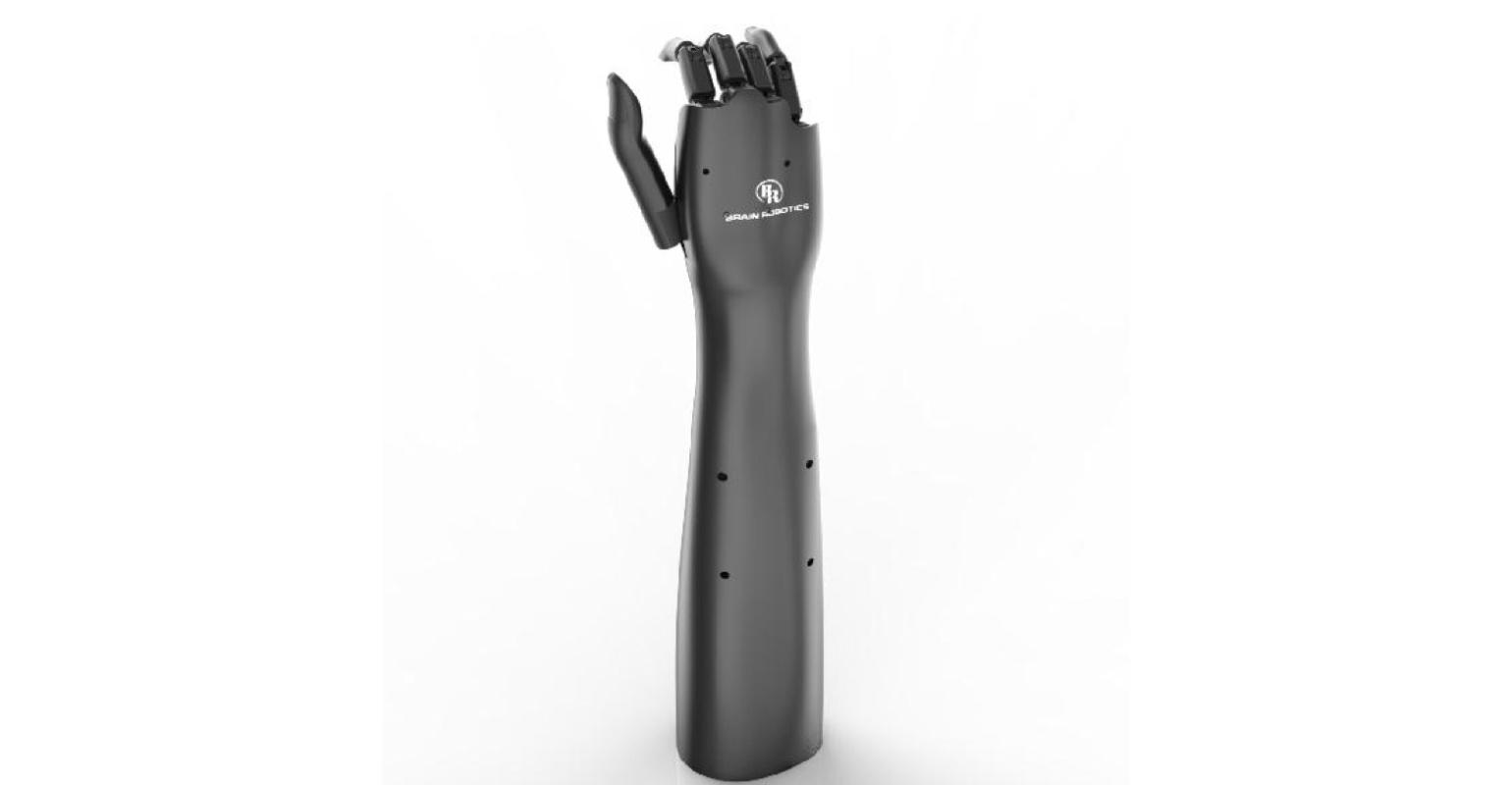 Arm and hand amputees may soon have a prosthetic that lets them type, shake hands, and use a computer mouse—and they won't have to refinance their home to get one.

Brain Robotics, a startup led by Bicheng Han, a Ph.D. candidate at Harvard University, is developing an Electromyography (EMG)-controlled upper-limb robotic prosthesis that can be directly controlled using muscle signal. Where similar devices cost between $40,000 and $60,000, Brain Robotics plans to sell the device for around $3k-5k.

"We want to help more people live the life they want where they couldn't before because a prosthetic was so expensive," says Brain Robotics strategic lead Sid Shang. "We want to make this technology affordable for as many people as possible."

Brain Robotics is a sister company of BrainCo, another Han-founded startup incubated in the Harvard innovation labs. BrainCo's Focus 1 wearable headband detects and quantifies students' attention levels in the classroom. Last year, the company inked a distribution deal for 20,000 units.

Shang and software and algorithm lead Junqing Qiao say they can slash costs by making the hand's fitting and installation process easier. Traditionally, they say doctors go through multiple iterations to get the shape and fit exactly right. That means multiple doctor visits and multiple handcrafted connective sockets for the patient, which more than doubles the cost of the device.

Brain Robotics uses 3D scanning and printing to make custom sockets. "The amputee puts his arm inside the scanner; the machine reads out a digital model of the remaining limb and creates a socket that's engineered to fit without further modification," says Qiao.

Brain Robotics's custom product designs allow for seamless contact between the sensors within the socket and the residual limb for optimum signal detection. Brain Robotics believes the 3D-printed approach also results in a more comfortable prosthetic, which means the user will wear the device for longer periods of time.

To lower maintenance costs, Brain Robotics is developing a modular design. When one component breaks—a finger, for example—the user only has to replace that part rather repair or replace the entire limb.

"A clinic in Boston told us the average hand on the market can only last a year without repair," says Shang. "When it needs repair you have to send hand back to Germany [or] England. With ours, you only replace the broken component."

EMG is a technique that records the electrical activity produced by skeletal muscles using electrodes attached to the skin or inserted into the muscle. Current EMG-based prosthetics require "great concentration" by the user to make the device move, Shang says.

"The electrodes re-engineer the signal of the muscle," says Qiao. "We're able to read the intention of the muscle—which finger is that muscle going to pull."

Artificial intelligence helps the device make sense of the EMG signals. "EMG is messy and dynamic," says Qiao. "AI makes it robust and stable. Every time an amputee tries to make a gesture, they think about it. And with a slight movement, our sensor will try to know what the amputee wants the limb to do."

By using AI, the device gets smarter over time. "The more you use it, the better the sensors understand, and the more specific the device is to the amputee," says Qiao.

Amputees may have to wait some time for a Brain Robotics hand. Currently the company is still experimenting with materials and certain machine learning algorithms. They're also looking for researchers and amputees who want to take part in their project. Jokes Qiao, "We're still a bunch of geeks in the lab."