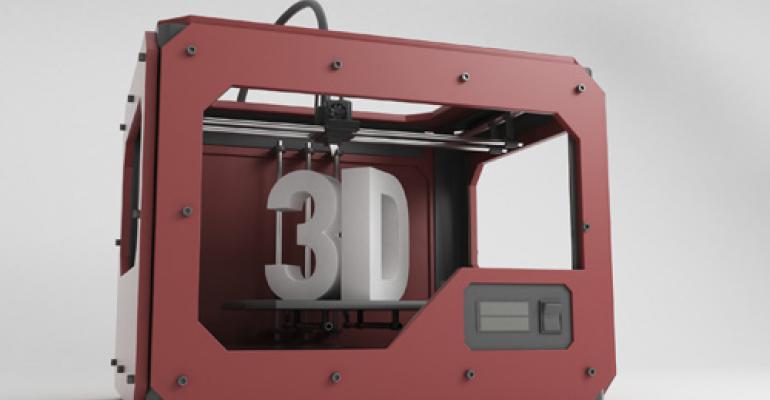 While 3-D printed implants and bioprinted organs might grab the headlines, behind-the-scenes applications for 3-D printing are equally as exciting.

While 3-D printed implants and bioprinted organs might grab the headlines, behind-the-scenes applications for 3-D printing are equally as exciting.

Three-dimensional printing is generating a lot of buzz in medtech these days—most of it centered on 3-D printed implantable devices and prosthetics, as well as bioprinted organs. But those aren’t the only applications for which the industry is embracing the technology.

While many people hyperbolically claim 3-D printing will someday be the primary way we produce goods, has a more realistic view of the future.

“Twenty or 30 years from now, we’ll still be manufacturing traditionally,” he says. “But 3-D printing is going to play a stronger role on the product development side of things.”

In some cases, that’s already happening. As an example, Utley cites Invisalign dental devices, an alternative to traditional braces for patients who want to straighten their teeth.

“They use 3-D printing in the manufacturing of those,” Utley says. “They scan people’s teeth, then use a 3-D printed mold [of the person’s teeth] to produce the parts.”

Another lesser-known use of 3-D printing is for making labs on a chip.

“The traditional way to build it was to hand-make molds, pour in a PDMS material, and then mold the devices,” Utley says.

Now, stereolithography (SLA) is used to either print the mold for the microfluidic device or even fabricate the device itself—although the latter is typically used only in a lab environment to evaluate a proof of concept.

“I think that’ll improve in the future, as the resolution gets better and better,” Utley says. “Photopolymers are leading the edge on that. With SLA or similar technologies, you can get small channel sizes, and as the technology marches forward, it may open up more and more possibilities.”

For his part, Utley says he’s most excited about 3-D printing’s potential to level the playing field when it comes to bringing innovations to life.

“What I’m most excited about is more so the accessibility of the technology and what that’ll do for people,” he says.

A decade ago, 3-D printing was only accessible to big companies, but today it has trickled down into the hands of startups and hobbyists.

“Now more than ever, someone with an idea can really pursue it,” Utley says. “That’s the mark 3-D printing is going to leave on things.”